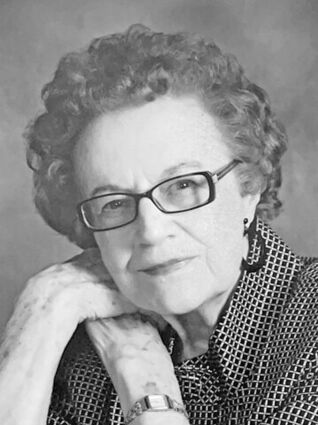 Wilma passed away on January 11, 2022 at Avantara Ipswich.

Wilma Irene Heinz was born on September, 23, 1929 to Joseph and Amelia (Pitz) Heinz at Eagle Butte. The family moved to Ipswich in 1940, where she graduated from Ipswich High School.

On May 29, 1947 she married Virgil Williams. Out of this union, they were blessed with 11 children. She worked with family at the Lux Candle Company and was a cook at the Ipswich nursing home for many years. She cherished her time running a daycare out of her home. Together with Virgil, they owned and operated Williams Grocery and greenhouse for many years.

Wilma was a member of the Altar Society, St. Ann's Club, Legion of Mary and a lifelong member of Holy Cross Catholic Church. She enjoyed spending time at the Senior Center and as well as playing cards with friends.

She always had a smile on her face and her spirituality was unwavering. Her faith led life was an example admired by her 78 offspring.

She was proceeded in death by her parents, five siblings and two infant siblings, her daughter Pat (Gene) Schlagel, sons Virgil and James, grandsons Timothy Schlaefli and Landon Gran.

She will be missed as much as she was loved!

Arrangements are with Leonard-Gramm Funeral Home of Ipswich. Condolences and memories may be shared with her family at leonardfh.com .