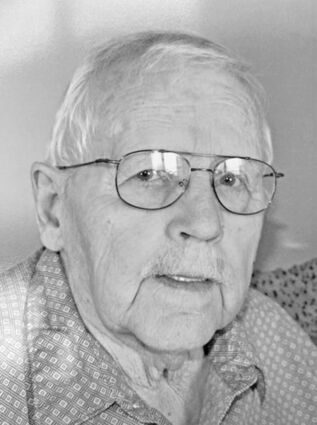 The memorial service for Vernon Gauer will be Friday, Jan. 28. 2022 at 3 p.m. in the Holy Cross Catholic Church in Ipswich. A Celebration of Life will follow at 4 p.m. in The Refuge east of Ipswich. Food will be provided.

Vernon George Gauer was born in Ipswich, on January 5, 1944 to Michael and Francis (Ertz) Gauer. He grew up on the family farm south of Ipswich. Vern was the baby of the family and had two older brothers, Bob and Leroy, and two older sisters, Leona and Margaret. He attended school in Ipswich and enlisted in the Marines right out of high school. He served his country for three years and received a Medal of Commendation.

In September of 1965 he married Evelyn Fischer and had two daughters, Trintje and Vikki. The couple divorced in 1972 and shortly after the girls moved away. Vern did not reunite with his girls until 1984.

Vern was a master of trades, including farming, mechanic work and truck driving. He is probably most remembered as the owner and cook at the Craven Corner for many years. He and his current wife Bernita owned and operated the business together. Vern married Bernita Wilcox in February 1989 and were happily married for over 34 years. This union brought five stepchildren which Vern thought of as his own: Howard, Cheryl, Melinda, Cristi and Curtis.

Vern and Bernita sold Craven Corner in August of 2007 and continued to work there for a few years. They moved back out west in 2011 to be in warmer weather and to be near Bernita's family.

After some health changes Vern and Bernita moved to a nice retirement area and her family helped take care of them. In December of 2021 Vern moved into a long-term care center to get the care he needed and was diagnosed with leukemia and ended up catching Covid.

Vern loved to work with wood and made jewelry boxes for his granddaughters and had orders from his neighbors and friends. "Vernie" had uncanny timing and the ability to make everyone feel welcome. As someone recently said, "he had the ability to bring smiles to a room". "Donald Duck" didn't hurt either and was always something his children, grandchildren and great-grandchildren loved to hear.

He was proceeded in death by his parents, brother Leroy, and sisters Leona and Margaret.