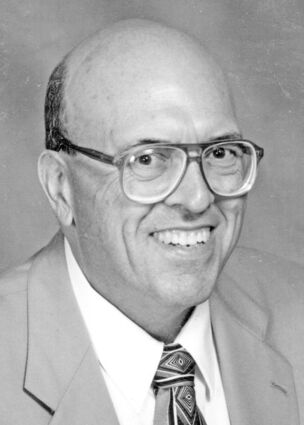 Gerold James Beck was born on July 24, 1942, to Fred and Katie (Schick) Beck. Katie did not have the benefit of a hospital, but instead delivered Gerold in the family farmhouse north of Java. Fred moved the family, including Gerold's four siblings, to a farm north of Roscoe a couple years later. When Gerold was four, Fred and Katie bought the Phillips 66 gas station and bulk oil business in Roscoe. They ran Beck Oil along with the farm until Fred's death in 1971. Gerold developed his love of pop, candy, the number 66, and the color red in those years.

Gerold went to grade and high school in Roscoe, graduating in 1961. He received his BS and MS degrees in education from Northern State College. He was the first member of his family to graduate from college. Gerold worked his way through college as a bouncer in the Aberdeen bars. He met the love of his life, Patricia "Pat" Lapka, in one of those bars, Lucky's. Gerold and Pat married in 1965.

Gerold began his teaching career in Hosmer in 1965. Gerold taught business classes for a couple years and then served three years as principal. Gerold and Pat welcomed all three of their sons, Joel, Bo, and Bill, while living in Hosmer.

In 1971, the Beck family moved to Aberdeen. Gerold taught business practice classes at Presentation College for a half dozen years and then at Aberdeen Central High School for a year. Gerold then spent one year as a trust officer at the then-Farmers and Merchants Bank before realizing that his heart remained in education.

In 1978, Gerold returned to the field of education by accepting the high school principal job in his hometown of Roscoe. Gerold held that job for 13 years and handed all three of his sons their diplomas at their graduations (1984, 1985, & 1987). Gerold wrote in his memoirs, "the best part to teaching in Roscoe was being in the same school as Joel, Bo, and Bill – I got to see them grow up at home and work!"

After Roscoe and Hosmer consolidated schools in 1991, Gerold obtained his superintendent endorsement from the University of South Dakota. While taking classes, Gerold worked for USD teaching night classes and supervising student teachers throughout southeast South Dakota. Gerold then took his love of teaching on the road with stops as a principal in Bristol, superintendent and principal in Kimball, and superintendent in Howard. He tried to retire a couple times, but failed, serving as elementary principal at Baltic and instructor at Killian College between attempted retirements.

God put Gerold on this earth to help teach the children. At each stop, he memorized all the names of all his students and staff immediately, and Gerold never forgot them. Each time he ran into former students, usually on his walks in the Empire Mall in Sioux Falls, he could call them by name and recite the names of their siblings in birth order.

Gerold never forgot the humble beginnings from where he came. He treated everyone alike, regardless of where they started in life or regardless of where they stood in life. For that reason, Gerold never met a stranger. Within minutes of meeting, Gerold could put anyone at ease with a friendly comment, a story, and likely, a joke. His smile, his voice, and his life animated every room he entered. Gerold adored his grandkids and great-grandkids, and he simply could not spend enough time with them.

Gerold was preceded in death by his parents, Fred and Katie Beck; Pat's parents, Gerald and Elenor Lapka; his grandson, Nathaniel Beck; his brothers and his sisters-in-law, Harry (Irene) Beck and Reuben (Bernice) Beck; and his brothers-in-law, Gordon Diedtrich and Roman Guthmiller.