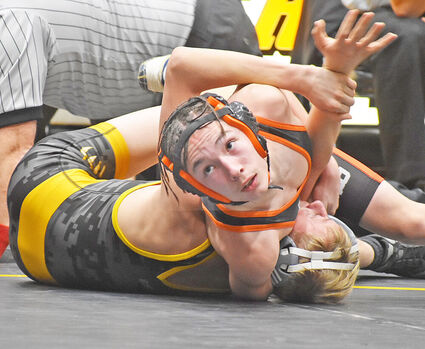 Brady Unser earned a first place win in his division in the Groton Tournament.

The Ipswich/Bowdle wrestlers competed on January 29 at the Groton Wrestling Tournament.

Groton Area won the tourney with 169 points. Twelve teams participated in the event. The I/B wrestlers tied for eighth place, with 51 points.

Coach Todd Naasz said the tournament was an opportunity to wrestle some region opponents that we have not had the opportunity to see yet. "Brady had a great tournament, pinning all his opponents in the first period and taking first," he said.

The Ipswich/Bowdle wrestlers will host the Lake Region...