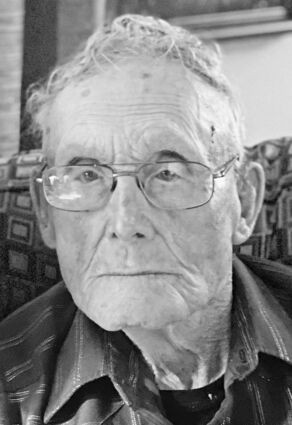 Mass of Christian Burial for Richard 'Butch' Henderson, 91, of Ipswich, will be at 10:30 a.m., Saturday, February 12, 2022, at Holy Cross Catholic Church, Ipswich. Father Timothy Smith will serve as Celebrant. Burial will follow at Holy Cross Cemetery.

Butch passed away on Thursday, February 3, 2022, at Avera Sacred Heart Hospital in Yankton.

Richard Joseph Henderson was born on May 14, 1930, to Richard and Anna (Schumacher) Henderson in Ipswich. This is the area where he grew up and attended school. On November 17, 1953, he was united in marriage to Bernadine Burgod at Holy Cross Catholic Church in Ipswich. Six children were added to this union.

Richard was a skilled electrician and plumber. He owned and operated Henderson Electric, as well as being a cattle buyer for Miller Livestock for 19 years, Highmore Livestock for five years, and Herreid Livestock for 10 years. He also farmed and ranched throughout his life, raising cattle, horses, elk, llamas and buffalo. He enjoyed driving school bus for 31 years.

Richard loyally served his church and community. He was a lifetime member of Holy Cross Catholic Church, beginning his service as a very young altar server under Fr. Borman, and continuing as an usher for most of his adult life. He was a member of the Catholic Order of Foresters.

Richard was passionate about horses, cattle, and enjoyed hunting, racing horses and taking care of all the stray cats that chose his farm to call their home.

He was preceded in death by his parents, Richard and Anna Henderson; and children, James Henderson, Holly Henderson and infant daughter, Melanie Henderson.