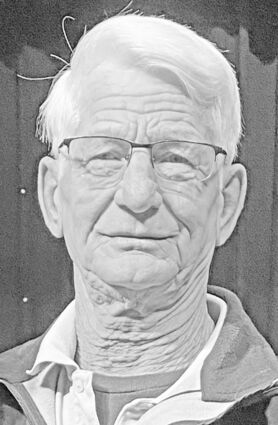 The Funeral Service for Jack Fries, 73, Ipswich, will be at 10:30 a.m., Friday, February 18, 2022. The service will be at the United Church of Christ, Ipswich with Pastor Tim Fugman officiating.

Visitation will be from 5 to 8 p.m. Thursday Feb. 17, at Leonard-Gramm Funeral Home, Ipswich.

Jack passed away peacefully at his residence on Friday, Feb. 11, 2022 after a five-month battle with cancer.

Jack Fries was born on Feb. 24, 1948, to Henry and Charity (Eide) Fries in Scranton, N.D. This is the area where he grew up and attended school, graduating with the Class of 1967. While in high school he was an all-around athlete lettering in football, basketball, and track.

Jack met his soulmate Shirley Holland, and the two were married on Feb. 12, 1971. Through this union Jack was blessed to become a father to Shirley's four children, Brenda, Jon, Marvin, and Todd. Together they would have three more children, Terence, Tamra, and Tracy; as well as adopted daughter Summer. Jack loved raising and being a part of all his children's lives. The couple continued to foster children for 25 years.

Jack worked various jobs over his lifetime and was a true "jack of all trades" and led many projects, up until his death. He was most recently employed at Runnings in Aberdeen. This was a true passion for him, he loved helping customers and made many new friendships along the way. Jack was referred to the white-haired guy in electrical and plumbing. He was dedicated to his wife and family but could always be counted on in the community to lend a hand to anyone.

Jack enjoyed playing golf, going to the lake, spending time with family, drinking coffee, tinkering, and visiting with everyone. He faithfully followed local sporting events in Ipswich and Aberdeen and was a fan of the Green Bay Packers.