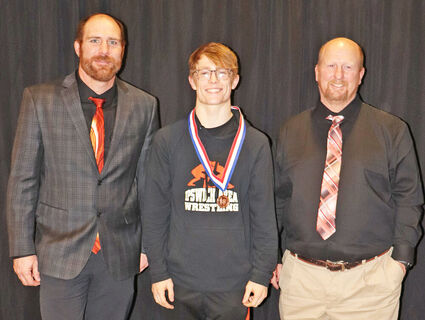 Tanner Frickson became the first Bowdle student in the Ipswich/Bowdle wrestling coop to place at the state meet held February 24 and 25 in Sioux Falls.

Frickson entered the tournament seeded seventh at 132 pounds. Brady Unser and Kaydn Weisser also competed but did not place.

Frickson wrestled six times at the tournament ending the tournament with a 3-3 record. In the first match of the tournament he faced Preston Bohl of Garretson. Frickson won the match 12-6 advancing to the quarter finals against the second-rated wrestler at 132 pounds Kale Ask of Canton. The final score was 12-1 i...