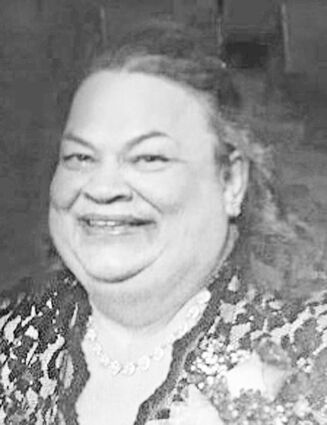 Wanda Gay Aman, daughter of Marilyn (Bauer) and Edwin C. Aman, was born March 18, 1958 at the Eureka Hospital. She was brought up 4½ miles north of Hosmer in McPherson County. She attended all 12 grades at the Hosmer School, graduating with the HHS Class of 1977 where she was active in the Drill Team and was gifted athletically, commonly being picked first on the playground and winning races against cousins at her grandparents. Following her schooling, she worked as a waitress in Brookings and was then employed at the Lutheran Home in Eureka.

Wanda married Monte Bertsch in November 1979 at Hosmer. They first lived in Ulysses, Kansas. In 1984, they relocated to Eureka so her kids could attend school "back home". Wanda kept busy working in the family's custom combining business (where she put her Commercial Driver's License to good use), driving bus for the Eureka School (where she probably lost money due to her generosity to the kids), and working at the Lutheran Home. Her favorite responsibility, however, was being MacKenzie and Monte's mom. In the winters she took care of her children having sit down family meals every evening and helping with school-work - which made great spellers out of them.

She was also super crafty – crafting awesome valentine's boxes and creatively decorating pumpkins even before Pinterest! Since 2018, Wanda lived in Bismarck. She was a member of Zion American Lutheran Church where she enjoyed quilting with the other ladies. She enjoyed canning, making noodles and pickles, and did beautiful embroidery work. While combining Wanda was often the first awake making lunches, doing the crews laundry, working in the field driving combine or truck, and also making suppers and tending to all the clean-up long after everyone went to bed.  Her babies were raised on the floor of a combine and in the field as she was essential to the operation.  She was such a good cook that the hired hands in the combining crew would usually gain several inches in their waist and have to lose it in the winter and she had been paid $100 just for a pan of her green enchiladas. People loved visiting with Wanda as she was truly generous, kind, thoughtful, and welcoming to all that crossed her path or entered her home.

Honorary bearers will be grandchildren Monte, Jaymeson, and Emmersyn. Casketbearers will be Sam Aman, Alex Aman, and Blaine Aman of Eureka; Andy Aman of Hosmer; Eric Bauer of Brookings; and Dustin Jahraus of Mound City.

Musicians will be Ronda Lapp and Rudy and Kathy Aman. Ushers will be Donald Gab and Barry Lapp.

Services are in care of Lien-Straub Funeral Chapel, Eureka. Wanda's funeral will be livestreamed on the Lien Family Funeral Care Facebook page and be available Friday night at http://www.MillerLienFH.com.