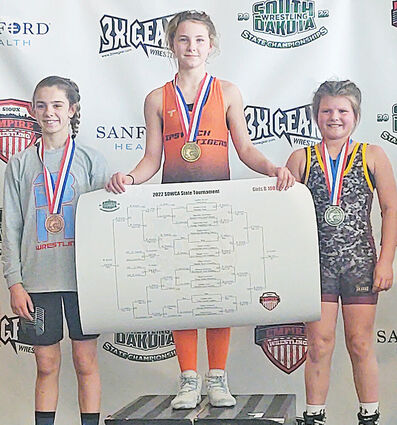 Sophie Knittel, center, was a state champion in her wrestling division in Sioux Falls last weekend.

More than 1500 wrestlers from across South Dakota competed at the state tournament. Out of those, only 680 wrestlers made it into the placing rounds.

Ten wrestlers from the Ipswich Area team placed in the top eight.

Sophie Knittel was the first place winner in the Girls 100 division.

Other Ipswich Area results were: