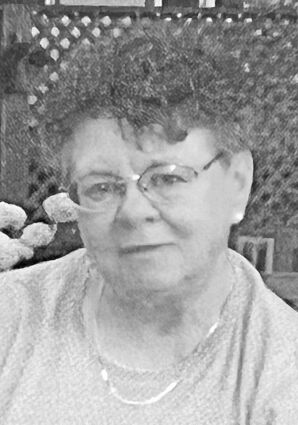 Betty Davis, daughter of Walter and Albina (Mednansky) Davis was born May 16, 1939, in Kadoka. She graduated from Redfield High School and attended a year of college at Northern State. She lived in Aberdeen from 1957 until 1965 during which time she worked for the City of Aberdeen in various capacities. She was united in marriage to Allen Ude Habben in June of 1955.

She dedicated 38 years of service to FEM Electric Association and retired in 2003. Betty was a longtime member of Berea Lutheran Church in Sioux Falls.

Betty loved cats and in addition to the pets she kept, she had an extensive collection of cat figurines. She also enjoyed when her kids brought over the "grand dogs" to visit. In her free time, she enjoyed sewing, reading, and listening to old country music. She loved watching the Minnesota Twins on TV or getting to go to games. Above all she cherished time spent with her grandchildren and great-grandchildren. During the Christmas season family baking sessions were great fun with the whole family.

She was preceded in death by her parents, Walter and Albina; step-father, Bernard Mowery; sisters, Alyce Davis and Dorothy Moment; and grandson, Shyloe.

An online guestbook and link to view the service are available at http://www.georgeboom.com .