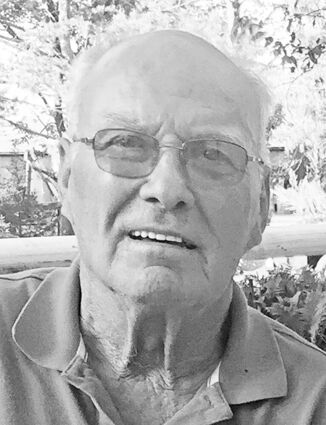 Harlan's funeral service will be on Saturday, April 30, 2022, at 11 a.m. at First United Methodist Church, 502 South Lincoln St., Aberdeen, with Pastor Mike Waldrop officiating. Following lunch and fellowship at the church, burial with military honors will take place at 2:00 pm at Green Mound Cemetery in Leola.

After a standout career at Leola High School in football, Harlan was a two-way starter (offensive and defensive tackle) for four years on the Northern State College football team and was one of the last "60 minute men". He was also one of the state's best as he was a Williams All American his junior year and Williams and NAIA All American his senior year. After graduating from NSU, Harlan was drafted professionally by the Denver Broncos but pursued other interests. He was inducted into the NSU Athletic Hall of Fame in 1984.

He enlisted in the United States Army in 1958 and was honorably discharged in 1960. During his service he played football in the Botany Bowl in 1956 and European League in 1960 for the Frankfort Hawks, starting every game and played both ways during a 16 game schedule.  He played in Paris, France, for the European League Championship.

Harlan began his coaching and educator career in 1961 at Groton and Webster schools, then moved onto the University of North Dakota at Ellendale, and Peru State College, Peru, Nebraska, then superintendent at Conde School District.

After the death of his father, Reinhold, in 1973, Harlan and his family returned to the family farm at Leola, where they worked tirelessly to continue the farming operation. In addition to being a football standout, he was a great mechanic who could fix anything to keep the farm machinery running smoothly.

In 1986 Harlan began his career in education for the second time and held the position of superintendent at St. Francis Indian School and McLaughlin School District in South Dakota and Northern Cheyenne Montana schools until his retirement in 2000.

Three years after Lorraine's death in 1993, Harlan met Merry Osman.  They travelled extensively, visiting 34 states, but their favorite location was Scottsdale, Arizona, spending the winter months there through 2022.

He is survived by his three children, Susie (Bill Sauck) Treftz of Ipswich, Brad Krein of Ventura, Calif., and Laurie Fortezzo of San Antonio, Tex .; four grandchildren, Dustin Treftz of Leola, Courtney (Andrew) Rios of Rapid City, AJ Fortezzo and Christian Fortezzo of San Antonio; and a great-granddaughter to be born in July.  Harlan is also survived by siblings Larry Krein of Minneapolis, Minn., and Lilas Skoglund of Aberdeen, and special friend and travelling companion, Merry Osman, of Billings, Mont.

Harlan was preceded in death by his wife, Lorraine; his parents Reinhold and Florence; sister-in-law Lourdes Krein and brother-in-law Duane Skoglund.

Leonard-Gramm Funeral Home, Ipswich, is in charge of the arrangements. His service will be downloaded to the funeral home's website at http://www.leonardfh.com. Family and friends may sign Harlan's online guestbook.