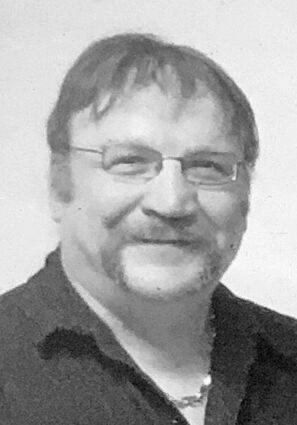 Gerard Heier, 63, passed away unexpectedly on Saturday April 30, 2022 in his home in Hosmer.

Gerard Pius Heier, son of Josephine (Hopfinger) and Joseph P. Heier, was born September 15, 1958 at Aberdeen. He spent his boyhood helping on the farm northeast of Hosmer until 1966 when the family moved into Hosmer after purchasing the meat market.

He graduated from Hosmer High School, Class of 1976 and Lake Area Vocational Technical Institute in Watertown. After graduating, he worked for MCI in Rapid City for nearly a year. Gerard and his brother, David, took over management of Heier's Meat Market after the death of their father in 1976. They later purchased the meat market from Josephine.

Gerard was a light that shone brightly in our family. He was the one who could lift the spirits of us all with his quirkiness, stories, jokes and pranks, to include sending his young nephews home with small animal byproducts with instructions to plant them in Grandma's garden so she could grow more animals! He enjoyed giving his nieces, nephews, and even some of his siblings, rides on his Harley. His great-nephews and nieces loved riding around Hosmer in his golf cart and spending time with him at the meat market watching how meat is processed and sausage was made.

Gerard was an avid biker and attended the Sturgis Motorcycle Rally countless times, riding his Harley to Sturgis for many years. When his aging body wouldn't allow the long bike ride, Gerard purchased a motor home with room for his treasured Harley. He had countless hilarious stories of his encounters at the rally; so many he was told to write a book. He met and made many lifelong friends at those rallies. In addition to his love of motorcycling, Gerard was an avid Minnesota Vikings and Twins fan.

Gerard was also active in the Hosmer community, being on the city council, serving as a volunteer fireman, and, in the 1990's, serving as mayor.

Gerard thoroughly enjoyed spending time with, teasing, and spoiling the children in his neighborhood, they lovingly thought of him as a grandpa.

He was preceded in death by his father, Joseph, on October 15, 1976; and his mother, Josephine, on November 5, 2018; two brothers-in-law (Gary Ulmer and George Mohr) and a nephew (Anthony Shawn Mohr).

Mass of Christian Burial was at noon, Saturday, May 7, 2022 at St. Augustine's Catholic Church, Bowdle, with Father Darin Schmidt, celebrant.

Organist was Lisa Geier, lector was Jason Dick, and usher was Pat Dewald. Mass server was Kara Weiss, and offertory gift bearers were Elizabeth Ulmer, Travis Dick, and Brian Bechard. Interment was at 3 p.m. Saturday at Holy Trinity Catholic Cemetery, Hosmer, followed by food and fellowship at the Fire Hall in Hosmer.

Honorary bearers were all of Gerard's nieces and nephews and the Boulder Hutterite Colony. Casketbearers were Leonard Heier, Adam Heilman, Lance Bonen, Jan Anderson, and Peter Eisenbeisz all of Hosmer; and Dale Aman of Aberdeen.

Arrangements are in care of Lien Funeral Home, Bowdle. Gerard's funeral was livestreamed at the Lien Family Funeral Care Facebook page and is available at http://www.MillerLienFH.com.