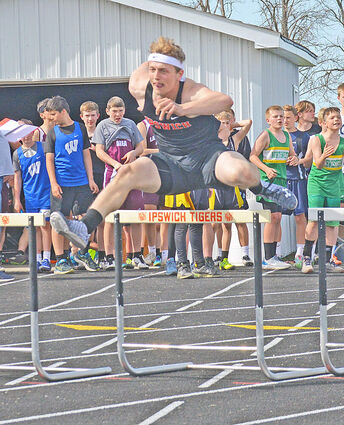 Carter Geditz in hurdles action at the meet in Ipswich last week.

The Tiger boys nearly doubled runners-up Warner 205 to 112.5. The girls were able to stave off the second-place girls' team from Northwestern 173 to 134.

It was a beautiful day on a fast track. "What a great day to run a track and field meet," said head coach Todd Thorson."I would like to thank Dan Knust for organizing such a great meet."