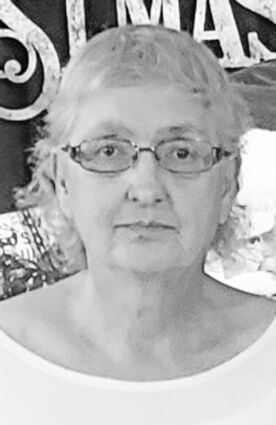 Diane passed away on Friday, June 10, 2022, surrounded by family at Aberdeen Health and Rehab.

Visitation will be two hours prior to the service at the funeral home.

Diane Lynn Shinabarger was born on September 18, 1959, to Clarence 'Buster' and Marilyn 'Jo' (Nelson) Shinabarger in Deadwood. This is the area where she grew up and attended school. Following high school, Diane lived in Colorado, Sturgis and Aberdeen. It was in Aberdeen that she met John Huettl. Diane and John were united in marriage on March 26, 1993, in Aberdeen. Diane had four children prior to this marriage, and their union added an additional five children. The couple remained in Aberdeen until 1998, when they relocated to Ipswich.

Diane was a gifted seamstress, cook and baker, and was known for her homemade tortillas and desserts. She enjoyed playing cards, family gatherings and feeding and caring for the rabbits and birds that made her yard their home. She was very organized and liked to stay busy and was rarely found standing still. Diane was very family orientated and loved spending time with them whenever possible.

She was preceded in death by her parents and parents-in-law.

Arrangements are with Leonard-Gramm Funeral Home of Ipswich. Condolences and memories may be shared with her family at http://www.leonardfh.com .