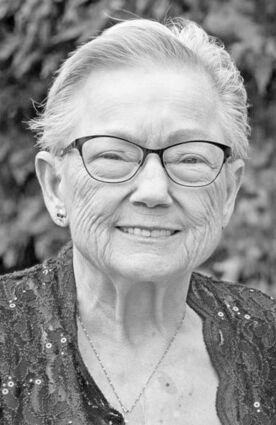 Burial was at 1:30 p.m. in St. John the Baptist Catholic Cemetery, Onaka.

Mary Evelyn, daughter of Robert and Leona (Troxel) Carneal was born January 16, 1943, in Nashville, Tenn. Her father was an Air Force Captain and the family lived on many Air Force Bases across the United States and Puerto Rico. She graduated from New Underwood High School with the class of 1961. She was working as a waitress when she met her husband.

Mary was united in marriage to Raymond Kraft on November 18, 1961, at New Underwood. They made their home on his parent's farm, where they raised dairy, grain, and livestock. In 1967, they bought the John Malsam farm southwest of Roscoe where they continued to grow their operation. In 1993 they retired. She and Raymond moved to Pomona, Calif. in 1994 and then later to Huntington Beach, Calif. In 1998, they moved back to South Dakota and settled in Roscoe. Raymond died October 3, 2015. Mary continued to make her home in Roscoe until December 2021 when she entered nursing care.

Mary loved reading and going to the movie theatre on weekends. She enjoyed rebating and getting her kids many items that they still use today. She also enjoyed working at the Golden Nugget in Bowdle as a waitress for many years and later babysitting her grandchildren.

She was preceded in death by her parents, husband (Raymond), infant son (Terrance) and brother (Robert Carneal).

Carlsen Funeral Home and Crematory of Aberdeen had been entrusted with arrangements. The service was recorded and streamed at http://www.Carlsenfh.com.