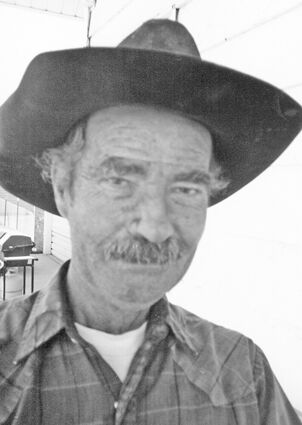 The Memorial Mass for Francis 'Frank' Kinney, 84, Ipswich, will be at 11 a.m., Wednesday August 3, 2022 at Holy Cross Catholic Church, Ipswich. Father Tim Cone will serve as Celebrant. Burial will be on a later date at Pine Slope Cemetery, Belle Fourche.

Frank passed away on Friday July 29, 2022 at his residence in Ipswich.

Francis 'Frank' Patrick Kinney was born on June 5, 1938 to Francis and Bernice (Jelkin) Kinney in Lemmon. He grew up and attended school in Lemmon, graduating with the Lemmon High School Class of 1955. He then entered the US Navy where he served honorably aboard the USS Shagri-La, USS Lexington and the USS Kearsarge.

On March 4, 1960, Frank was united in marriage to Evelyn Davis at St. Paul's Catholic Church in Belle Fourche. Three children were added to this union. The family remained in Belle Fourche where Frank was employed with the local paint store, Safeway, and Bentonite Plant. The family relocated to Casper, Wyoming where Frank worked the Shirley Basin Uranium Mine for two years. The family then relocated to Gillette, Wyoming where Frank served as foreman for Amax Coal for 25 years, retiring in 1997. Following retirement, Frank and Evelyn purchased a farm in Ipswich where they could raise horses.

Frank was a man of faith and always put his family first. While he was a hard worker with a strong and professional ethic, he always made time for his family who will cherish his patient listening, loving guidance and teaching ability. His intelligence, sense of humor and quick wit was always a treat for anyone he would strike up a conversation with. Frank's undivided attention could make you feel as if you were the only one in the room. He loved all animals, especially horses, and held dear the time he was able to share that love with his grandchildren on summer visits.

He was preceded in death by his parents Frank and Bernice Kinney and daughter-in-law Jeanne Kinney.