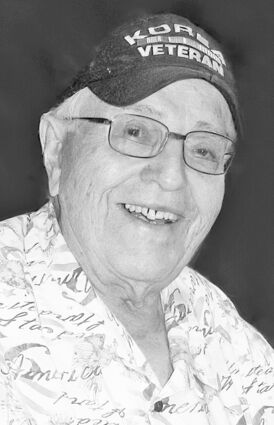 John E. Schmitt, age 88, of Denver, Colo., sadly passed away surrounded by loved ones at the hospital on June 10, 2022, from an unexpectant illness.

John grew up in Ipswich and was known as 'Big John'.  He was on the undefeated football team and graduated from Ipswich High School in 1951. He was a proud retired Ironworker. He taught new ironworkers his trade and enjoyed that sharing of knowledge. He also was a retired Denver Public School bus driver. John was quick with a joke and loved by all his friends and family. He will be missed by all of us.