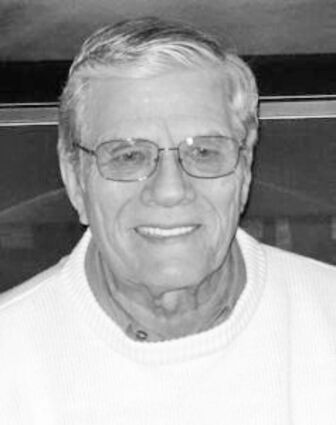 Larry Dean Sweeter, 77, formerly of Canton, passed away on August 12, 2022 in Lawrence, Kan. after a brief battle with cancer.

Larry was born July 14, 1945 to Gerhard and Esther Sweeter. He graduated from Canton High School and South Dakota State University in Brookings. He married Dorothy Jensen in 1967 in Sioux Falls. In 1968, Larry enlisted to serve in the U.S. Navy during the Vietnam War.

After returning from his service with the Navy, Larry started his career in the meat packing industry with John Morrell & Co. and in 2012 retired as International Pork Product Manager at JBS. His 47-year career took him to Sioux Falls; Fergus Falls, Minn .; Memphis, Tenn .; Estherville, Sioux City and Marshalltown, Iowa.

Larry loved hunting, fishing, gardening, and time with family. He always enjoyed a good game of cards or a family board game. He could recite poems from grade school, was an amazing storyteller and loved a good joke – especially a prank. He enjoyed watching and playing sports – participating in adult league softball and coaching youth softball for several years.