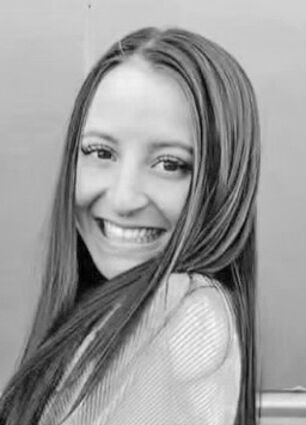 Angie was born to Ed and Lorie (Bobby) Heinz on March 18, 1998, in Aberdeen. She graduated from Ipswich High School where she achieved many outstanding accomplishments. Angie proceeded to further her education at SDSU, graduating in 2020 with her bachelor's degree in graphic design. Shortly after, she moved to Rapid City, where she had a career in what she loved as a graphic designer.

At a young age, she was artistic, athletic, and loved the outdoors which continued into her adult life where she was a self-taught guitarist. Angie spent the majority of her time outdoors with her dog "Boone", family, and friends. In her 24 years, she's seen and done much more than most do in their lifetime. Angela's adventures and fearlessness took her on extraordinary journeys, which included snowboarding, hiking, kayaking, and rock climbing.

Angela's personality was a spontaneous free spirit paired with a huge caring heart. She brought joy to and had a positive impact on everyone she met. Her strong faith led her to be selfless, compassionate, and endlessly kind. This resulted in her gaining countless friends. Her soul was genuine, kind, and beautiful.

Angela's heroic and final act of kindness was the gift of organ and tissue donation. May her loving spirit live on in the lives of others.

Angela's life motto, which she lived by was: "Live immediately..." by celebrating today and always, by doing something out of your comfort zone, something fun, something crazy, and something for yourself. We're not saying goodbye, it's "see you later."

Gramm Funeral Home, 720 6th Street North, Ipswich, is in charge of arrangements. Family and friends may sign the online guestbook and view the service at http://www.grammfuneral home.com.