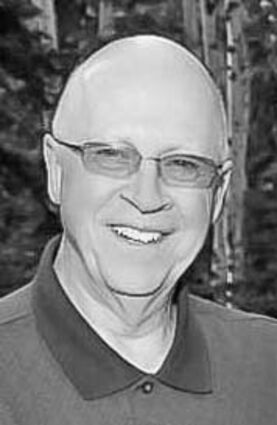 Roger Wayne Bamsey, 81, of Rapid City, passed away Wednesday, August 24, 2022, at Monument Hospice House, Rapid City. At Mr. Bamsey's request, no services will be held. A private interment will be held at Graceland Cemetery, Howard.

After graduating from Howard High School in 1959, Roger earned a degree in Business Administration from Dakota State University, Madison. He retired in 1996 as Business Manager of Custer State Park in the Black Hills after having worked for the SD Dept of Labor, and Business Manager at the State Veterans' Home in Hot Springs, and SD Public Broadcasting in Vermillion. After 30 years with the State of South Dakota, Roger worked for the Central States Fair/Black Hills Stock Show; CETEC Engineering in Rapid City, Deadwood Gulch Resort, and he drove the Deadwood Trolley. He also partnered with his daughter, Colleen, to make personalized books for a company they formed called Dad 'N Daughter Creations. Roger enjoyed being a husband, father, grandfather, pilot, hunter, and golfer. He felt he was one of the luckiest people who ever lived.

Roger was preceded in death by his mother and father, and grandchildren Harmon and Sarah Kanable in infancy.

The family requests memorials be directed to the charity of your choice.