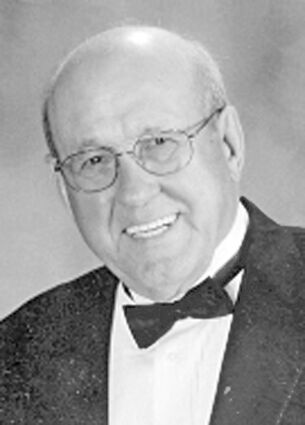 The funeral service was on Tuesday, October 4, at 11 a.m. at Emmanuel Lutheran Church, Vienna, Va. Interment followed at Stonewall Memorial Gardens, Manassas, Va, with military funeral honors. Lloyd was born to Rose and Emil Ernst on July 1, 1930, on the family farm just west of Roscoe. Lloyd graduated from Roscoe High School in 1948 and joined the U.S. Marine Corps. He served during the Korean War and was stationed in the U.S. and Japan. After his service, he utilized the GI Bill and earned a B.S. in Agriculture and Mechanic Arts in 1959 from South Dakota State University. On September 6, 1958, he married Ardella Gab. They had two daughters, Charlene and Krista.

Lloyd's career moved the family to various places throughout the Dakotas, Wyoming, and ultimately to Northern Virginia. He was especially proud to oversee the construction of the Wheatland Power Plant in Wyoming. He retired from the National Rural Electric Cooperative Association in 1993 after 33 years of working with rural agricultural and electric cooperatives.

Lloyd enjoyed his retirement with Ardella, and they traveled extensively abroad and throughout the United States. During retirement, Lloyd became an active member of the Germans from Russia Heritage Society. He researched his family's history which included their immigration to the United States to settle on a homestead farm in South Dakota. In 2000, he compiled his research into a book about the Ernst family. He was proud to preserve the Ernst family history and loved to share his knowledge and bring that history to life for future generations.

Lloyd cherished spending time with his family. He was devout to his Lutheran faith and remained active with the church. Even during the COVID-19 shutdowns, he figured out how to attend virtual streaming services.

He is preceded in death by his wife of 61 years, Ardella, as well as his parents and brothers Morris, Wilmer, and LeRoy.

Memorial donations may be made to Emmanuel Lutheran Church, 2589 Chain Bridge Rd, Vienna, VA. The service will be streamed through the church's Facebook page for those unable to attend in person.