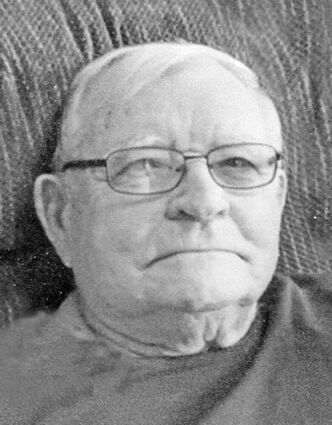 Dale Raymond Oster, son of Matilda (Schlepp) and John Oster, was born at Bowdle on December 14, 1931. He was raised and educated in Bowdle, graduating with the Bowdle High School Class of 1949. He then worked on farms for his dad and Pete Hoffman. He also was employed at the Bowdle Creamery. Dale served his country in the United States Army, being inducted December 11, 1952. He was honorably discharged on December 10, 1954 and settled in Rapid City where he worked for Ken Brenneise doing carpentry work.

He married Virginia Pfaff at St. Genevieve, Mo. on August 20, 1955. They lived in Rapid City until 1963 when they moved to Ipswich where Dale was employed at Ipswich Lumber. In 1976 they relocated to Aberdeen where they purchased the Breeze-Inn Motel. They sold the motel in 1995. Dale then drove parts for Hedahl's until his retirement in 2002. In 2007 they moved to Watertown and since 2009 they have lived in Bowdle.

He was a member of St. Paul Lutheran Church, Bowdle, and the Bowdle American Legion Post No. 264. He enjoyed fishing, gardening, feeding his birds and squirrels, playing cards, having coffee with his cronies, and helping at Hoffman Farms. He especially cherished the time he could spend with his grandkids and great grandkids.