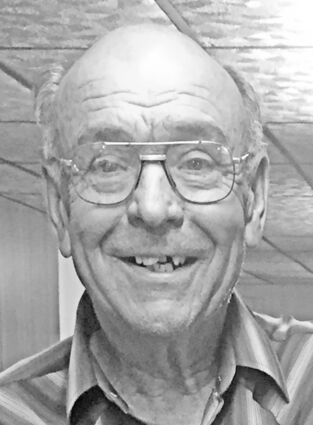 Donald C. Perrion, 85, Ipswich passed away on November 18, 2022, at Angelhaus in Aber-deen, surrounded by his family.

Visitation will be one hour before the service at the funeral home. Burial will be at the Holy Cross Cemetery following the service.

Friends and family are invited to gather after the burial at the UCC Church in Ipswich for a time of fellowship and luncheon.

Don was born March 20, 1937, in Ipswich to Dan and Stella (Beecher) Perrion. He grew up on a farm south of town. Don attended country school and graduated from Ipswich High School in 1955. On October 1957 he entered the service and served with the United States Army as a PFC Motorpool specialist in Korea through his Honorable Discharge in 1958.

Don was married to Carol Braun from 1962 to 1995 together they were blessed with four children: Mark, Andy, Donna, and Lory. They raised their children on their family farm south of Ipswich, where they taught them the values of hard work and the importance of family. Don's passion for farming inspired him to start 'Perrion Grain Cleaning' in 1985, a business from which he designed and built his own portable grain cleaners.

In January of 1997, he met his "better half", Pat Gisi, and they lived in Ipswich until his passing.

Don enjoyed many hobbies including dancing, family pheasant hunts, spending time with his family, camping at their Black Hills cabin next to the babbling brook, annual ATV family vacations, and trips to the south for the winter months.

He had a love for creating. Don was a devout entrepreneur and engineer who had an amazing ability to bring his dreams to life. He built many things, ranging from toys to automobiles and farm equipment. Don loved sharing his work with others, often gifting his creations to friends, family, and neighbors who would benefit from them. All who knew Don understood his undying dedication to his family, his work, and his community.

Don is preceded in death by his mother and father; and brothers Ted and Duane.

Memorials received will be dedicated to Avera St. Luke's Valet Parking Service in Aberdeen. The family wishes to extend their sincere thanks to Avera Cancer Care, Angelhaus, Avera @ Home, and all the healthcare professionals who took such great care of him over the years.

As Dad always said, "Take care and have fun!"