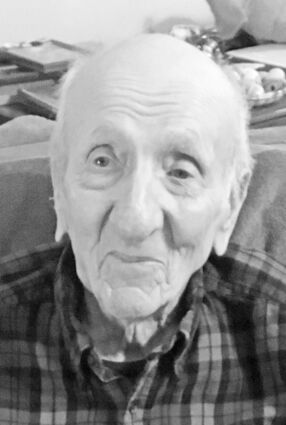 Burial will be at Morningside Cemetery with Military Honors.

Earl Barton Hettick was born at home near Beebe on March 16, 1928 to Christ and Amelia (Fischer) Hettick. He was baptized and confirmed at St. Paul's Lutheran Church in Roscoe where he was a member for his entire life. He was called to his Heavenly Home on Sunday, November 13, 2022.

Earl attended country school in the Beebe area through 8th grade and worked with his father on the family farm. In 1951, he was drafted into the U.S. Army and honorably discharged in 1957. He reported to camp in Washington state, but shared stories with his family of much of his time working at a bomb testing site in the desert near Las Vegas. After being transferred to the Army Reserves in 1953, he returned to S.D. and worked on construction around the state.

He and Bernice Winkler were married on May 30, 1954, and after working construction for another couple years, the couple moved to the Winkler family farm south of Roscoe to farm with Theophil and Emma. In 1965, the couple moved their family to the west edge of Roscoe and Earl began his JD sales position with Spitzer Implement. He couldn't completely let go of his farm roots and continued to raise crops on two quarters of land into the early 1990s. In 1969, the couple purchased and operated Roscoe Hardware where Earl did plumbing, electrical and heating work until the sale of the business to their son in 1984. He also worked as part-time postal clerk during those years and after the sale of the Hardware store, worked full-time for the U.S. Postal Service, commuting to Aberdeen for three years until his retirement.

The couple was blessed with five children.

During his lifetime, Earl served St. Paul's on various church boards, was active in the Roscoe Commercial Club and in helping with community celebrations, the Roscoe Golf Club and Sportsman's Club. He was especially proud of his 70-year membership in the Roscoe American Legion where he served in various offices and honorably served on numerous Color Guards.

Earl and Bernice loved to travel and he enjoyed sharing stories of their road trips to all 49 continental states, D.C. and Canada and several other trips and cruises including Hawaii, Bermuda, Panama and Puerto Rico.

Earl enjoyed many hobbies including hunting, golfing, playing cards with friends and neighbors, but fishing was probably his favorite. Four generations have made lifetimes of memories camping and fishing together on Lake Oahe for over 60 years. Earl loved to visit and no one was a stranger for long. He could be found cruising the streets in Roscoe on his golf cart to community events and checking on what was happening around town.

He was preceded in death by his wife of over 65 years, his parents, his brother Melvin and wife Marge, sister Vera as a young child, brother-in-law Bob Bloemendaal and his parents-in-law and sister-in-law, Janell.