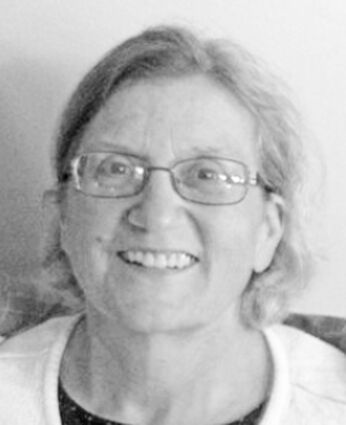 On October 25, 2022, Mary Kub East of Ann Arbor, Mich. passed away at the age of 72 years, alongside a loving family who cared for and loved her very much.

Mary was born October 4, 1950 in Aberdeen. Her family lived on a farm southwest of Ipswich that had been homesteaded by her grandfather Albert in 1906 and still remains in the family. She attended a one-room grade school near the farm until starting high school in Ipswich, where she graduated in 1967 as valedictorian. She continued her education and received her Bachelor of Science degree in chemistry from South Dakota State University and then worked as a chemist at the General Electric Company in Philadelphia and Valley Forge, Penn. While living in Pennsylvania, she completed her master's degree in chemistry at Drexel University.

She returned to South Dakota in 1975 to start medical school at the University of South Dakota and transferred to the University of Minnesota for her third and fourth year, graduating in 1979. After medical school, she moved to Ann Arbor, Mich. where she completed a residency in general surgery followed by a fellowship in burn surgery. Mary was the sixth woman to complete a general surgery residency at UM and one of the first woman surgery faculty at UM. She practiced general surgery at the University of Michigan Hospital and at the Ann Arbor VA Medical Center until retiring in 2014. She was awarded the general surgery residents' teaching award in 1987 and 2007 and the Veterans Affairs "Hearts and Hands" award in 1997. Mary also served as the Ann Arbor VA Associate Chief of Staff for Education for 15 years.

Soon after moving to Ann Arbor, she met the love of her life, Jack East, who was a research scientist in the Electrical Engineering Depart- ment at the University of Michigan. They were joined in marriage July 3, 1981 at St. Mary's Student Chapel in Ann Arbor. They lived in Ann Arbor while Jack finished his PhD in Engineering and Mary finished her residency and then they chose to remain in Ann Arbor for their careers. They started a family with the birth of their eldest son Matthew in 1989, followed by Joseph in 1990. The years raising their young boys were the happiest years of her life and their pride in their sons as they finished high school, then college and then advanced degrees never faltered. Her life was blessed with two wonderful daughters-in-law, and she rejoiced in knowing that Kelly and Nicole are caring, independent, dynamic women, fulfilled in their careers and families. Mary and Jack were blessed to be able to be part of the lives of their three wonderful grandchildren.

Mary was blessed with many good friends and many happy memories. She was grateful for the many years of friendship of Mari and Sandip Tiwari and the opportunity to visit their homes in Ithaca, N.Y. and Southport, Maine. She valued the friendship of Michelle Theis, Nancy Vogt, Pat Saran and Angela Robben. Mary and Jack appreciated the opportunity to be part of Christian Family Movement, a group of nine families who have been support for each other for over 20 years. Her professional colleagues through the years have been much appreciated, especially Dr. Jai Prasad, Dr. Tom Wakefield, Dr. Dan Hinshaw, Dr. Eric Young and Dr. Justin Dimick.

The family wishes to send a special thank you to the staff at Michigan Medicine for their care and compassion.

She is survived by her husband Jack and two children and their spouses: Matthew (Kelly) East and Joseph (Nicole) East, and grandchildren, Elliott Brienne East, Peter Ignatius East and Angelina Catherine East. She is also survived by four brothers, Ray, Fritz (Joan), Tony and André (Alice); sister, Dorothy (Charles) Koch; and many loving nieces and nephews.

She was predeceased by her parents, Frank J. and Mabel Schaub Kub.