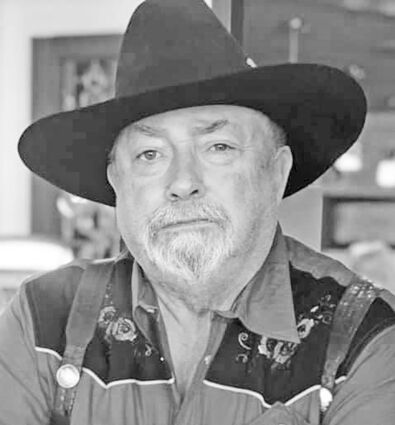 Joe passed away unexpectedly Tuesday, November 22. Death found Joe surrounded by family and friends, which is fitting given that's the way he most enjoyed life.

Joe was born January 2, 1949 to John and Bettie (Steen) Geditz as the youngest of seven children. A lifelong resident of Edmunds County, he graduated from Ipswich High School in 1967 before being drafted into the Army. Joe wed Mary Habeck on February 22, 1974. She was the love of his life, and their union was blessed with six children.

A jack of all trades, Joe tried his hand at several careers though his working life, including construction and truck driving. Joe was particularly passionate about quality road grading, even going out of his way to help surrounding communities so that the roads throughout Edmunds County met his high expectations.

It's been said that farmers can't be made, they're born; and Joe truly was a born farmer. Even after retirement, he remained involved in the daily happenings out at the family farm. He especially enjoyed the horses and going to the horse racing events.

He also found time for golfing, fishing, camping, and hunting; and was of the opinion that all of these activities were improved with the company of his family and friends. He was a top-notch grandpa, who wanted to hear about all the grandkids sporting events. Joe was always available to play a game of pool or a hand of cards whenever he was asked.

Anyone who may have met Joe as a stranger left his company as a friend. He was always there to brighten the lives of others with his quick wit and quirky sense of humor.

Grateful for the life they built together is Mary, Joe's devoted wife of 48 years. He will be dearly missed by many but especially by his children: Bill (Jill) Geditz, Jesse Geditz, Amy (Mike) Stevahn, Sara (Jamie) Unser, Wyatt Geditz, and Whitney Geditz; as well as 15 grandchildren, eight great-grandchildren; and also his beloved fur-grandbabies.

Joe is survived by his siblings Jim Geditz, Nancy (Franklin) Hammrich, Bettie (Larry) Ellwein, and Inez Hatle, as well as many nieces, nephews, and cousins.