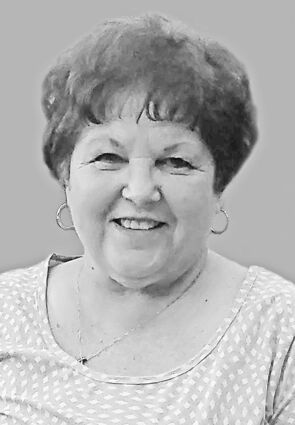 Christine Anne Steinhoff was born March 31, 1952, in Buffalo, Minn. to Marvin and Alice (Erickson) Wurm. Chris grew up in Maple Lake, where she graduated high school in 1970. Following her graduation, Chris attended Normandale Community College to obtain a degree in dental hygiene. On January 27, 1979, Chris was united in marriage to Paul D. Steinhoff at St. Timothy's Catholic Church in Maple Lake. They lived in Richfield, Minn. and Marshall, Minn. for a short time, prior to moving to Maple Lake in 1984, and Annandale in 1990 to raise their three children.

For 46 years, Chris worked as a dental hygienist, retiring in 2018. Nothing brought her greater joy, than being in the presence of her family and cheering them on in all their endeavors, especially her four grandchildren. Chris relished her role as a wife, mother, and grandmother.

She was preceded in death by her parents, Marvin and Alice.

In lieu of flowers, memorials are preferred to St. Timothy Catholic Church in memory of Chris.