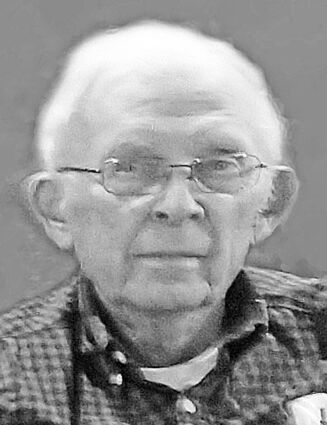 Milton Adam Herrboldt, son of Emma (Streeb) and Arthur Herrboldt, was born February 22, 1934 at Hosmer. He was brought up in Hosmer, attended Hosmer Public School and graduated with the HHS Class of 1952. Milton served his country in the United States Army, being inducted March 26, 1953. Following his honorable discharge on March 25, 1955, he attended Dunwoody Institute in Minneapolis, Minn. where he studied welding and machinist work, earning Master Welder recognition. He then returned to Hosmer where he entered the family business, A. Herrboldt and Company, a farm implement and repair enterprise. Milton was gifted with the ability to fix almost anything. In the late 1970's he sold his share of the business and entered into Gab Motors in Eureka. Upon retirement, he worked at the gas station in Hosmer.

Milton was an active member of St. John's Lutheran Church where he held many offices. He also belonged to the Hosmer Legion Post and was a Hosmer Volunteer fireman, having served as Fire Chief for 35 years! Milton's hobbies included gardening, mowing lawn, and bird watching.

Casketbearers were granddaughters, Heidi Herrboldt of Marshall, Minn. and Brittany Gaffney of Willmar; and also Blair and Julie Loebs of Britton, Levi Geer of Marshall, and Bob Wigdall of Aberdeen.

Musicians were Joyce Heyne and Wesley Schaible. The usher was Kathy Opp.

Services are in care of Lien Funeral Home, Bowdle. Milton's funeral is livestreamed at the Lien Family Funeral Care Facebook page at http://www.MillerLienFH.com.