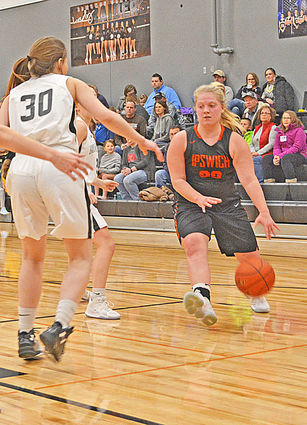 At Roscoe, Ipswich jumped ahead 18-5 after a quarter and each team scored 13 points in the second quarter. Ipswich then won the third quarter 17-8 to comfortably lead, even though the hosts won the final eight-minute span 6-5.

Ipswich utilized a game-high 20 points from Halle Heinz and she featured four of Ipswich's seven treys. Next was Kamryn Heinz wi...