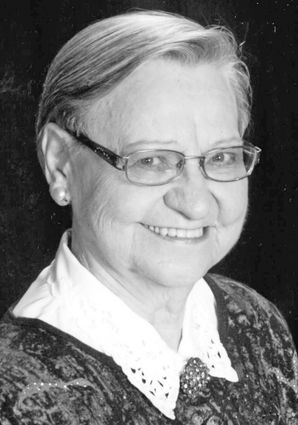 Delores was born September 11, 1933 at home in Long Lake to Adam and Katherine Kappes.  She married Robert Hieb on July 19, 1953 in Long Lake.  They farmed east of Roscoe for 25 years and raised four children. Robert passed away June 14, 1995. Delores moved to Aberdeen and married Melvin (Bud) Kumpf.  Bud passed away on January 13, 2002.

Delores worked as a cook at Primrose Apartments in Aberdeen for many years.  She loved to garden and spend time with her special friend, Marvin Bucholz.  She also enjoyed visiting her friends in their retirement/ nursing homes.

Delores was preceded in death by her parents, two husbands, and two brothers, Raymond and Reuben Kappes of Aberdeen.

A private family service was held.  She will be laid to rest in Aberdeen, at a later date.  Memorials may be directed to the family, which will be donated to her churches.