Tigers stop Thunder, but Lions get a win in the battle of big cats 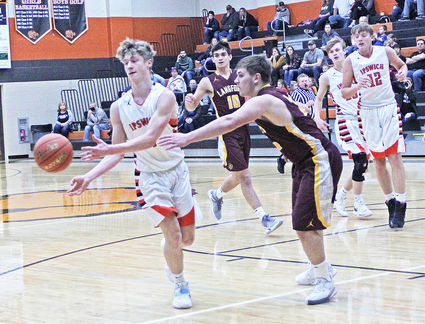 Ipswich had started a busy week of boys' high school basketball with a 46-26 league win over North Central last Tuesday in Eureka.

The Tigers led 9-6 after a quarter, thanks to a Matthew Hettich rebound putback. And they gradually extended their margin to 28-16 at halftime. (Their very first double-figure lead had arrived courtesy of a Trevor Heinz trey for a 26-14 edge.)

The second half turned out to be quite a defensive battle with Ipswich owning a 38-18 edge with a quarter to play. And that 20-point margin would remain at the final buzzer, as each team would manage just eight points dow...