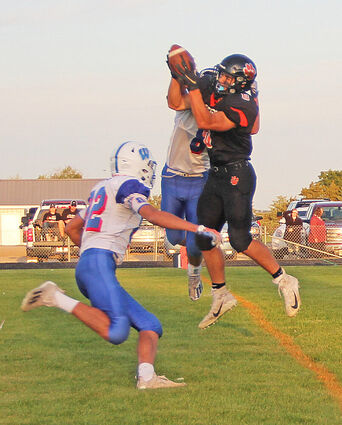 Carson Gohl leaps to make the catch in the Tigers' homecoming win over Warner.

The Ipswich football team avenged its losses last season vs. Warner with a convincing 34-6 win over the Monarchs that would certainly cap off the Tigers' Gala Day festivities.

The visitors' lone score would come late in the second quarter, a Peyton Jung six-yard touchdown pass from Hunter Cramer. That lone scoring opportunity had been enabled by a Tiger fumble. But Ipswich would still lead 20-6 at the half and would need to fend off the Monarchs early in the second half when another Warner score would have pulled the Monarchs back to within one possession. But the Tigers' defense said no wa...