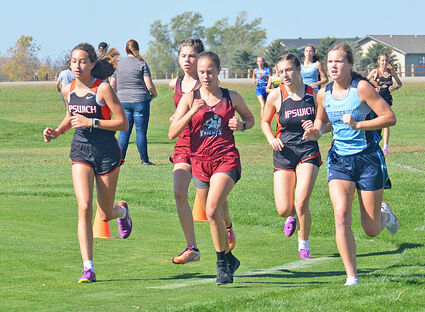 The Frederick Area girls topped their 5K varsity run 13 to 20 over the runners-up from Northwestern. Meanwhile Ipswich placed third as a girls' team with its 25 team points among the six teams that were eligible for the varsity standings.

But Northwestern's Ella Boekelheide finished first in 19:10.73, topping the second-place runner Morgan Sumption of Frederick Area clocked at 19:22.21. Ipswich's top scorer that afternoon would become Ashlinn Hartwell, in sixth at 20:58.03, while Gr...