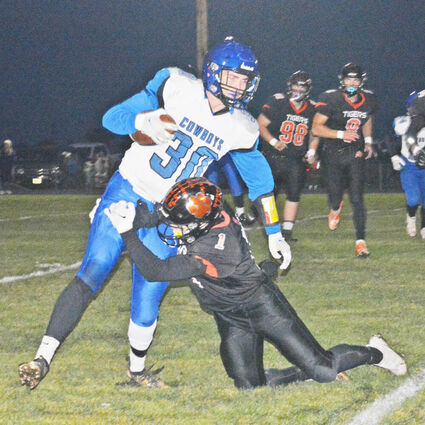 Ipswich scored in a variety of ways to blank the Lemmon/McIntosh Cowboys, 36-0, in the first round of the 9AA football playoffs at home on Oct. 21.

Ipswich had won the toss, but chose to defer to the second half. But the two teams exchanged some scoreless possessions early in the third quarter until the Tigers got the ball at their own 41 and began a three-play scoring drive, capped by Carson Gohl's 45-yard TD scamper.

That put Ipswich up 36-0 as the PAT would not be successful with 2:52 left in the third quarter.

That was Gohl's second TD run on the night, after opening IHS scoring with...