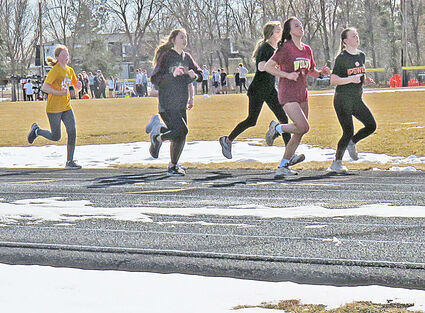 Ipswich had a busy day at the indoor Dewey Donat High School Classic high school track and field meet last Monday, March 28 at the Barnett Center in Aberdeen. No team points were kept.

Let's begin with the boys who managed either first or second place that day! Colby Sylte was first in the 55-meter dash in :06.86 and Ty Kadlec second there in 0:6.88. (Their teammate Carson Gohl was actually third in the same event at :06.97.)