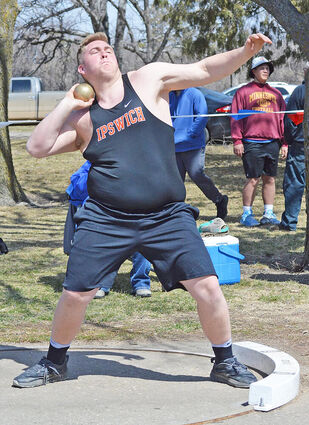 Ipswich did well at a recent track and field event in Redfield. "Lots of great performances today," said Coach Todd Thorson. "Our boys took the team title and we had several performances that will be ranked in top four in state."

The Ipswich girls, meanwhile, scored 36 team points placing tenth as a team. (The Mobridge-Pollock girls won that event 99 to 67 over second-place Northwestern.)

Ty Kadlec again had a busy day for the IHS boys, edging his own teammate Colby Sylte...