Tigers get win in NSU stadium in Aberdeen 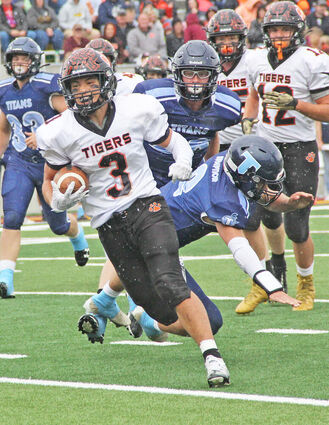 Tyler Hettich was one reason why. All he did was rush for 151 yards, catch for 47 yards and cross the goal line four times. His first scoring play was a 12-yard pass reception from quarterback Ian Beyers. But the Titans responded with a seven-yard TD run by Hans Lapka and his PA...