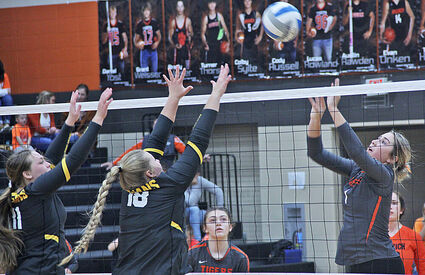 Faulkton Area made the short trip over to Ipswich last Tuesday and returned home with a 3-0 straight sets varsity volleyball victory. And this was also a Lake Region Conference affair.

Ipswich was out-hit 55 to 44 at the net, including a 29-12 kills deficit. Kelly Stoeker led the Trojans there with a perfect 11-11 evening and she included eight kills. Carley Cotton was next at 9-12 with five kills.

Ipswich indeed had a balanced attack, going 44 of 66 with 12 kills, led by Baylee Kulesa at 18 of 22 with six kills. Marley Guthmiller was next at 9-15 with two kills followed by Kaylin Onken 2...