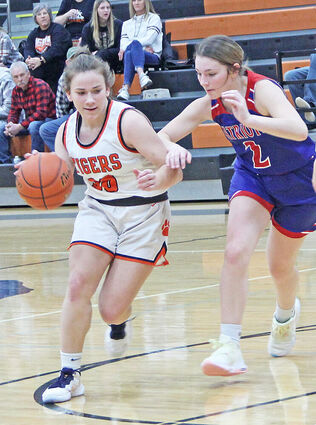 The Ipswich girls lost a pair of opening-week non-conference basketball decisions last week, one on the road at Sully Buttes last Tuesday and the other at home in the Tiger Den on Saturday afternoon.

Sully Buttes scored 56 points that night, led by Stevie Wittler with 19 points plus a pair of additional double-figure scorers. Ipswich would end up with 19 team points led by Gabby Wald with 11 points including a trey and next was Marley Guthmiller with four points followed by Ashlyn Weig with three points. Baylee Kulessa rounded out the effort with a free throw.