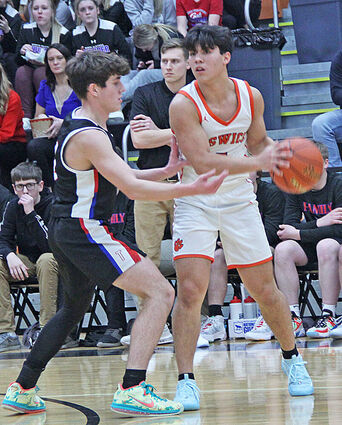 Ipswich had led from the opening tip-off to the final buzzer. The Tigers indeed got an opening 2-0 basket from Chet Peterson and would include quarter-break leads of 19-0, 31-9 and 48-16, respectively. Trailing 21-0 early in the second stanza, the Thunder got on the scoreboard with five straight points from Dawson Walz consisting of a basket plus free throw and another basket from inside the trey arc. (Ipswich's initial double-figure lead wo...